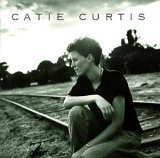 Originally released in 1997 on the defunct Guardian label, Catie Curtis's second album marked her arrival as one of the most tuneful and perceptive songwriters of the Lilith generation. Matched with producer Roy Bittan of Bruce Springsteen's E-Street Band, Curtis's songs of emotional and spiritual recovery drew on her background as a social worker and, of all things, a drummer. The beat-savvy layers may be handled by session pro Kenny Aronoff and drum programmer George Black--Curtis does supply pizza box percussion on "I Don't Cry Anymore"--but they blend sympathetically with Curtis's percussive guitar work and Bittan's spacious piano- and mandolin-rich production. Along with Triple-A radio hit "Soulfully" (featured in Dawson's Creek), songs like "River Winding" and "Memphis" suggest a witty and wistful narrative ambition that separates her from her acoustic-aimed peers. --Roy Kasten